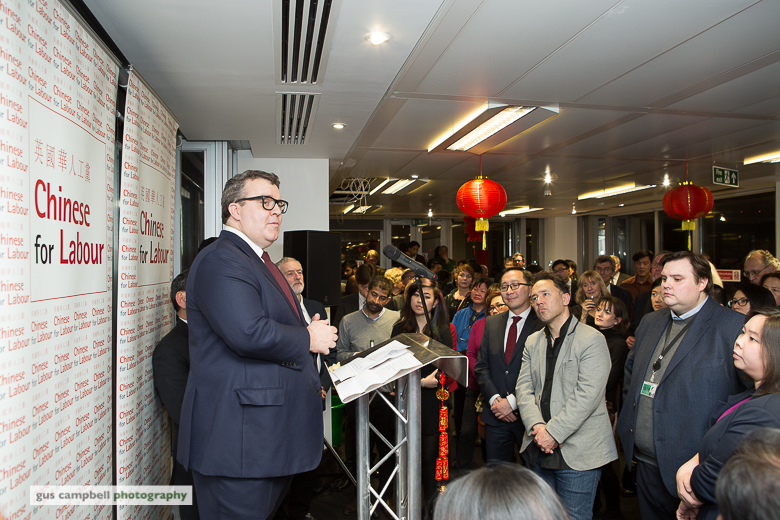 Thank you Mr Ambassador. And thanks you for that truly incredible welcome.

It’s an honour to be here amongst so many distinguished guests.

Chinese New Year is a time to celebrate with friends and family. It is also a time to reflect on the year that has just passed and look forward to the year to come.

As we mark the start of the Year of the Monkey, it is also right that we celebrate the many contributions of London’s Chinese community, which continues to enrich the economic and cultural life of this great city – and that of many other cities across the UK.

That’s why it is so important we continue to strengthen the friendship between the UK and China.

We can do that by working to promote economic and trade links with China and East Asia.

And by working with Chinese organisations and charities to promote understanding between our two nations and help bring communities together.

We don’t agree on everything – in fact, there is much we disagree on - but friends are allowed to disagree.

We must continue to foster a harmonious relationship with the Chinese community in the UK.

That’s why it’s absolutely vital that we pursue a zero-tolerance approach to racist hate crimes, wherever and whenever they occur. I know this is something that the Chinese community in our country is concerned about. The Labour party will do all it can to ensure the police have the resources they need to tackle crimes of this nature.

We also need to see more Chinese Parliamentarians in the Commons, Lords and our devolved assemblies – of every political hue. And the Labour Party is taking steps to address that as we reform our party.

Finally, I want to make it clear this evening that I'm a passionate supporter of the Chinese community’s campaign for a memorial in London to the 95,000 members of the Chinese Labour Corps, whose contribution to the First World War has still not been properly recognised or commemorated.

The service they gave on the front lines in France and Belgium, and the suffering they endured, was immense. It must be formally recognised. It is wrong that, a century after the War ended, no memorial exists. Let’s resolve to do all we can to change that this year.

Thank you once again for coming. It’s wonderful to be amongst friends on Chinese New Year.