The Tories are presiding over a national housing crisis 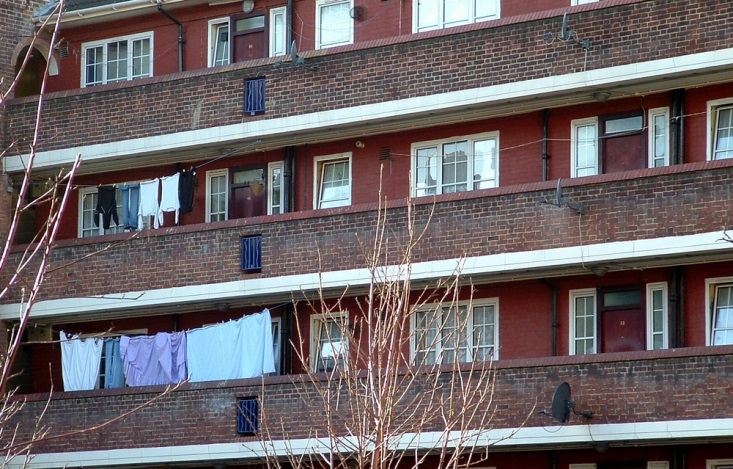 Today, many young people and families are priced out of home ownership. In parts of the country we are seeing increasing numbers of young people being forced to share rooms with a stranger as well as the ‘boomerang kids’ having to move back in with their parents.

Those renting privately are paying record sums, on average 41% of their income just to keep a roof over their heads. It’s also affecting those who want to move to a bigger home but are finding they can’t bridge the gap between what they own and where they want to move to. For those who have just joined a waiting list for a social home, there are 1.7 million families already in the queue. And with 652,000 households the levels of overcrowding have reached the highest level for nearly two decades.

Every day we are building 356 fewer homes than we need. Under the Tories we have the lowest levels of housebuilding in peacetime since the 1920s. That’s why Ed Miliband has set a target for the next Labour government to build over 200,000 homes a year by 2020.

It’s ambitious. But, Labour is determined to make home ownership a realistic aspiration as well as improving conditions for a growing Generation Rent.  We know that there is no single solution to tackling the housing shortage

Labour is pledging to give private renters a fairer deal. A Labour Government will introduce three year stable tenancies, put a ceiling on rent rises over the course of the contracts, ban letting agent fees on tenants, drive up standards and tackle poor energy efficiency. It will save Generation Rent £2.5 billion over the next parliament. And it will save the typical renter £624.

Labour is determined to tackle the root causes of the Tory housing crisis. We need to release more land for development. We will ensure that local authorities that want to expand but do not have the land can do so through a right to grow. Alongside this, Labour is determined to reform the land market. We will bring an end to land-banking by giving local authorities the power to levy fines and use proper compulsory purchase powers on those who sit on land with planning permission, so that they have to 'use it or lose it.'

We also want to support more firms to enter into the market and encourage small-scale and self-build so we can make the most of all opportunities to create a thriving housebuilding industry.

By itself, the private sector has never produced the number of homes we need. Therefore, we are also exploring how we can get councils and housing associations, back into the business of building again. Labour councils are already blazing a trail. When it comes to getting affordable homes built they are outbuilding their Tory counterparts by 2 to 1.

By contrast the Tories and Lib Dems can only offer more of the same. Their initiatives to boost house building have consistently failed to deliver. Last year the government announced a new Garden City in Ebbsfleet and the building of 15,000 homes, but this is 5,000 fewer homes than those announced for the same place in 2012.

New Tory plans on affordable housing are so extreme that even developers think they have gone too far. This government is carelessly giving away the equivalent of hundreds of millions of pounds worth of affordable homes to developers profits, rather than standing on the side of families desperate for those homes. That is a very clear statement of the priority of this government.

Their biggest initiative, Help to Buy, is helping to boost demand a little but it’s a sticking plaster and the Government hasn’t understood basic economics. Boosting demand without boosting supply will simply see prices pushed out of reach of aspiring buyers.

The next Labour government will succeed where this government has failed. Nobody should be in any doubt about our determination to deliver the reforms we need to bring more fairness to the private rental market, double house-building, restore the dream of home ownership and to give families the security of a home they can afford.