Re-building trust in the economy 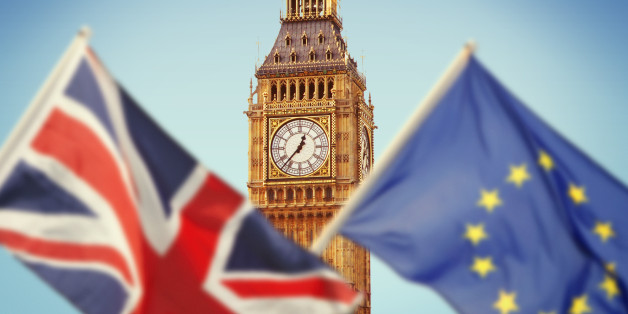 There is no doubt that the 23rd June 2016 was a watershed moment for our country. But what type of watershed will it be? Will Brexit signal the decline of the UK as a global power, a potential break-up of the Union and a voluntary resignation from the world stage with a shrinking economy and a divided population?

Or will it force us to confront some stark realities and bridge some of the deep fissures in our society and in our economy? Can we use Brexit as an opportunity to think afresh about how to create a more united society, a more just economy and forge a new role in the world?

The referendum was incredibly divisive – families were split between Leavers and Remainers – and the bitterness threatens to linger. For one of us, as a Chinese-Malaysian immigrant and a serial entrepreneur; the decision to leave and the racist backlash that followed made him question whether he really belonged here.

It feels very personal – and of course it is, because it is about our country: our home and our future. The Brexit vote has shown that public attitudes to business and commerce, politicians, immigration, freedom of movement and a host of related issues are more hostile than many of us had expected.

As the Labour leadership contest continues over the summer, both candidates should reflect on the vital role business can and must play as the party frames it response

There are steps we can take immediately to restore public faith in business and persuade the electorate that Labour wants to build an economy that works for all, some of which we outline in this article.

But it is important to understand how we arrived at this point. It is well-established that there has been a complete breakdown of public trust in many of the institutions and public bodies that once enjoyed widespread support, including Parliament and MPs. Some of the wilder statements issued by both sides in the referendum campaign may have led to a further erosion of that trust, but the reality is the reputation of politicians has still not recovered from the MPs expenses affair seven years after it took place.

Subsequent scandals have exposed a similar lack of faith in the banking system, the police, the media and many of the public bodies that failed to act on evidence of systemic child abuse. Michael Gove’s famous remark during the election campaign that the country “has had enough of experts” was a clumsy attempt to articulate that sense of disillusionment.

There were many reasons to vote for Brexit, including a similar disdain for politicians and bureaucrats based in Brussels. But a perception that those in power were both out of touch and somehow immune from the effects of a prolonged recession were decisive factors in Leave’s victory.

Re-building trust in the economy is essential if we are to tackle the challenges of Brexit together, but we are facing a more challenging economic climate now than we were a year ago. Economic inequality and lack of opportunity were both motivations for voting to leave, but the economic consequences of that decision are already being felt with companies leaving the UK, reduced growth forecasts and disrupted trade relationships.

We need to develop a new economic model that generates headline growth at a national level while enabling all of us to pay our bills, afford a home, save some money and raise a family if we chose to. The challenge for a party that has always redistributed wealth and power is to ensure the prosperity we create as a country is shared by everyone.  This is where Labour has the chance to chart a different, more ethical course than this government can or will

We have seen the result of an ‘anything goes’ economy too frequently over recent years – from the behaviour of unregulated banks to the scandalous treatment of workers at Mike Ashley’s Sports Direct or the unscrupulous behaviour of Philip Green at BHS. It tends to be that the boss or the wealthy walk away with a slap on the wrist (or a knighthood) and an enormous amount of money, while the workers or the poor suffer the insecurity and devastation of the real-life impact.

It has happened in the recession, it has happened as a consequence of austerity policy and the likelihood is that if we don’t take preventative positive action, it will happen as a fallout of Brexit. Almost every economic indicator has been negative since we left the EU at the end of June.

We cannot re-build trust in communities up and down the country, unless we can persuade those people, many of whom work longer hours for less money than they did a decade ago, that we can build an economy that will bring real improvement to their lives.

Take the example of corporate misbehaviour. It is only when workers in the manufacturing or finance industry see corporate leaders held to the same ethical standard as they are that trust can be rebuilt. It is only when executives act and invest for the long-term,, that our economy will be durable and sustainable and jobs become more secure. It is only when corporations that make sizeable profits in the UK contribute to our society by paying their taxes in full that people will be convinced the economy is run for benefit of all of us, rather than the members of a small corporate elite.

There are some simple measures that could take us in the right direction:

These measures may not be enough on their own to restore public faith in how the economy is run, but they signal a determination to overhaul a system that too often favours the powerful. They will help to tackle the widely held view that those with money and status have in some cases freed themselves from the obligation to act as responsible citizens

This is where Labour must take the lead as it seeks to create a more equal, fairer and more caring society in which business generates the wealth that is shared fairly amongst those who help create it.

Only an economic model that recognises that corporate growth, decent wages, workers’ rights and corporate responsibility are mutually enhancing can repair public trust and start to heal the divisions that Brexit caused.