Reaching out to micro businesses and self-employed: The Labour Party Way 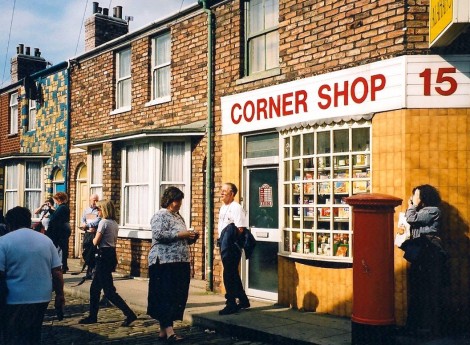 At the moment, it seems one of the big questions is – how Labour are you really? As we couldn’t have experienced more viscerally than since 7 May, the party that we love covers a huge spectrum of people from all walks of live, with their different experiences, perspectives and approaches. And it’s growing by the day. In an age of such frustration at politics, Jeremy Corbyn can take great heart from and credit for that.

I would argue that two overwhelming challenges for the new leader are, as he has said, to prove the credibility of his alternative economic vision and to harness the experiences, energy and input of his incredible membership. The second can have a huge impact on the first, as most people within the party – from every part of the spectrum – share his aims of a Britain that is more equal, with a long-term growth economy that reduces poverty, reflects our talent and inspires hope.

There is a risk, of course, that people from some parts of the party are left out of this, because they are branded ‘New Labour’, Blairites – which has bizarrely become a pejorative term given how much progress our government secured for the country in undeniable fact. Doing so would be an enormous mistake, risking both the quality of our policy offer and our electoral chances. Similarly, I feel that people who didn’t vote for Corbyn should try to make a contribution before judging – helping to shape the future of our party, rather than simply abandoning it.

Humbly, I offer my own story and experience as an example. I don’t think anyone would describe me as a natural Corbynite! At one point, I wasn’t even a natural Labour man by a long shot.

However, my experience didn’t lead me immediately to Labour, as some may expect. Inspired by my family, I became a serial entrepreneur, with emphasis, on individual’s freedom that led me, quite frankly to be more Conservative than Labour in the late 70s and 80s.

I was quite fortunate that I was able to build a successful career. In my early thirties, I led a management buy-out of an education business and since then have founded several businesses that have employed thousands of people. Yet over the course of my career, I became incredibly disillusioned by the Conservatives of Thatcher and Major – who rather than supporting small businesses that provide so much employment and drive for our economy, seemed to focus exclusively on big corporates. I slowly realised that actually, unless you’re one of the big boys already with access to resources and power, the Conservative philosophy of ‘you’re on your own’ didn’t help people of any background achieve their ambitions – especially in the sphere of small business.

Which is why over the years, beginning with the Kinnock era, then into the all-too-brief John Smith years and the winning years of Tony Blair, I gravitated towards Labour. They allied the values that I held – that everyone should be able to live lives  (to use the American phrase) in pursuit of happiness – with practical policies in every sphere to deliver that ideal, including small business which was so important to me as an entrepreneur..

Through Labour of that era, I saw that our individual beliefs and ambitions are best and only expressed if they are enabled by a similar societal effort. Our individual success and future cannot be separated from society’s success and future as a whole. Ever since, I have committed myself to Labour – as Chair for Chinese for Labour and countless other ways.

Now that Jeremy Corbyn has been elected, though I am not a natural Corbynite’, I and others need to continue contributing and shaping the debate. For instance, I share the belief in the need to build a more sustainable economy and that small business should be at the heart of that.

For me, the approach government takes to small businesses really reflects a country’s attitude: does it want to be entrepreneurial, confident and creative?

99.9% of private sector businesses are SMEs, employing an estimated 14.4 million people, which is well over half the private sector workforce. It accounts to for nearly half of private sector turnover at £1.6billion (2013). SMEs are the source of a lot of people’s reliable livelihoods but also the dominant driver for growth and creativity in our economy. Every national business success – Amstrad; Virgin; Innocent; Ella’s Kitchen – began life as a small business – as a glint of ambition in their founder’s eye.

Yet start-ups face a huge amount of challenges. For instance 7 out of 10 don’t make it through their third year due to lack of working capital, business planning and entrepreneurial skills. This is an area where an active government can use its convening power to give support to ensure that start-ups can fulfil their potential.

An issue Tom Watson addressed very effectively during his Conference speech was how we support micro-business – those that consist of less than 10 people. More than 8 million people work in more than 5 million companies in this country – an existence that can be a source of great innovation and creativity, but can also be a very insecure experience as you fight to make a big enough impact to pay the rent or try to save for a mortgage.

There is a lot we can do to support micro-businesses like this to make their task a little easier, by cutting red tape ensuring that larger organisations (often the clients of micro-businesses) pay their bills on reasonable timescales. They are a vital element of our economy and as Tom said, a vital section of what should be Labour’s support base. Highlighting that as a fact is but the first step – constructive engagement must come next.

We were good on small businesses in government and, despite the media stereotyping, also in opposition. Chuka Umunna as Shadow Business Secretary set up Small Business Saturday, which encourages people to buy ‘Small’ one Saturday in December. Chuka’s bi-partisan initiative was a huge success, with £460m spent in small businesses last December.

It is an effort we need to continue and build on in this Parliament under new leadership. To that end, we are setting up SME for Labour - a group of Labour supporters from every part of the party to offer support, advice and policy suggestions to Angela Eagle and her Shadow Business team.

With a goal of a more sustainable economy at the forefront of our minds, we will look to cover a range of areas, including:

In all of these areas, the Labour values of partnership, of internationalism and of the concept of a common endeavour are very much of benefit to business AND to working people of all backgrounds who want make the most of their talents and potential.

That, for me, is what Labour is all about – bringing each of us a life of success, by building a successful society, together. That’s why we’re setting up SME for Labour. It’s why I will continue to give my all to Labour under the leadership of Jeremy Corbyn.