Equality is under attack in post-Brexit Britain

Tackling the growing inequality in Britain must be at the heart of everything Labour does and says. Not only is inequality at the root of many of our modern social problems, it is also a barrier to growth for our economy.

Failure to tackle inequality will mean we are consigning millions of families to perpetual poverty as well as making the country weaker and poorer in the long run. A fairer more equal society is a more civil and safer society. 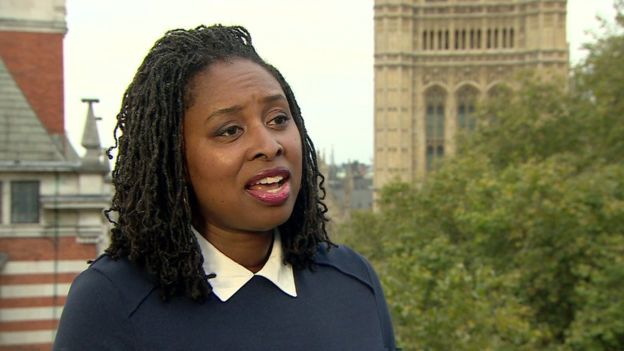 The Conservatives have shown over the past six years you can’t cut your way to prosperity. You have to build a better future through investment in infrastructure and skills. That’s why I am an enthusiastic supporter of Labour’s ten year plan for investing £500 billion pounds. Of course, we need to explain how it will be done and that it makes good financial sense – which it does.

If you doubt that, look at the recent report from the Joseph Rowntree Foundation which showed that the costs of poverty are enormous.

It shows that poverty means massive costs for the Treasury, in terms of reduced revenues and increased benefits. It puts the total annual cost of poverty in the UK at around £78 billion.

One of the first things Theresa May did as Prime Minister was commission a race audit of public services to examine the unequal treatment that people from diverse communities face. This is long overdue and it gave the impression that she got the message on race equality. But sadly she has not followed through with policies to match.

Despite their warm words, the Tories continue to make people from diverse communities worse off. Research by the Women’s Budget Group and the Runnymede Trust showed that poor black and Asian women will lose more money than any other group as a result of the government’s austerity.

The analysis examined government policy from 2010 up to 2020 and showed that individuals from the poorest households lose most from the government’s tax and benefit changes. Low income African Caribbean and Asian women will shockingly lose around twice as much money as low income white men.

This is a damning indictment of the government. We have always know that women from diverse communities suffer the most from cuts but this report shows the shocking extent of their suffering. We need a better plan.

Labour’s message is that fairness and efficiency go hand in hand. Inequality is the enemy of innovation and economic advance.

As we have seen over the past six years, so many of the Tory cuts are false economies which store up trouble for the future. The most obvious example we have at the moment is the way cuts in council budgets have weakened the whole system of social care. And that adds to the crisis in the National Health Service.

Another Tory cut which is deeply worrying is the slashing of the budget for the Equalities and Human Rights Commission (EHRC), the body responsible for the promotion and enforcement and UK equality and non-discrimination laws.

It is on the brink of collapse following severe budget cuts, according to an analysis done for me by the House of Commons Library.  It shows that the EHRC’s budget has been cut by 70 per cent since 2010. And there’s no letup in sight. Further budget cuts are in the pipeline. Earlier this year, the government revealed plans to cut the EHRC budget with the loss of up to 30 staff.

At a time when inequality and disadvantage are increasing we need the EHRC more than ever. But the savage cuts mean it is facing collapse. They will turn the clock back on equality and erode a decade of progress. These cuts are a worrying trend by this government in undermining equality legislation that makes our country fairer.

The sheer enormity of these cuts will destroy the regulator responsible for enforcing equality legislation on age, disability, gender, race, religion and belief, sexual orientation or transgender status. With the increase in tribunal fees and the abolition of Equality Impact Assessments there seems to be no checks and balances when it comes to policy and budgets.

It all makes nonsense of the Prime Minister’s promises about making Britain a better place for working people. Two-Faced Theresa May talks the talk. She doesn’t walk the walk.

Only a united Labour Party can offer the country the fair and prosperous future our people deserve.