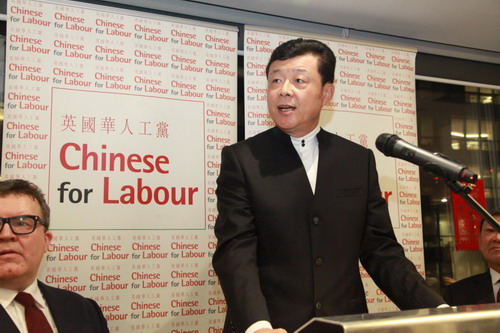 It gives me great pleasure to join you at this 2016 Chinese New Year Reception. I want to thank the Labour Party and Chinese for Labour for co-hosting this celebration.

Today is the second day in the Chinese 'Year of the Monkey.' I would like to begin by wishing every one of you Happy New Year!

A new year brings a new beginning. As we gather to mark this new beginning, we can all be full of expectations for the year ahead.

My first expectation is for China's continuous growth. This is important not just for Chinese people. It means China's continuing and potentially greater contribution to the global economy.

2015 saw a steady growth of 6.9% of Chinese economy. In particular, consumption contributed 66.4% of China's growth and the service sector accounted for 50.4% of China's total GDP. This was the first time in history that more than half of China's economic output was from the service sector. This advance was driven by new industries and businesses emerging at a faster pace. The good news for the people of the UK and people of the world is that China remains a powerhouse of the world economy. Last year China contributed more than a quarter of global growth.

China's economy is resilient. Much more potential remains untapped and much more space can be opened up for further growth. China is both confident and capable of advancing structural adjustment. China is able to grow at a medium-to-high rate and inject greater momentum into world economic growth and global development.

My second expectation is for the steady progress of China-UK relations in the "Golden Era". In 2015, President Xi Jinping paid a successful visit to the UK. Our two countries announced the building of the China-UK global comprehensive strategic partnership for the 21st century. A "Golden Era" of our bilateral ties has begun.

· This year, we should build our efforts around fully implementing the outcomes of President Xi's visit.

· We should strengthen high-level exchanges.

· We should promote result-oriented cooperation.

· We should enhance cultural and people-to-people exchanges.

· And we should dovetail our respective development strategies.

We look forward to working closely with the British side in 2016 to get the "Golden Era" off to a good start.

Last October, during his state visit to the UK, President Xi had a fruitful meeting with Mr. Corbyn and the shadow cabinet. Looking into this new year, we hope to work closely with the Labour Party to build stronger China-UK ties in the "Golden Era". These could be our shared aims:

· We should have a broader vision for developing our relations.

· We should adopt down-to-earth approach to deepen our cooperation.

· And we should increase mutual understanding by closer exchanges and communications.

The year 2016 is the Chinese Year of the Monkey. In the Chinese culture, Monkey symbolizes quick wit, good fortune and ability to drive away evils and bring in blessings. It augurs great hopes for the new year ahead.

With this, I wish for a more splendid "Golden Era" of China-UK relations.

I wish for more fruitful party-to-party exchanges between China and the Labour party.

And I wish everyone a happy and prosperous Year of the Monkey! 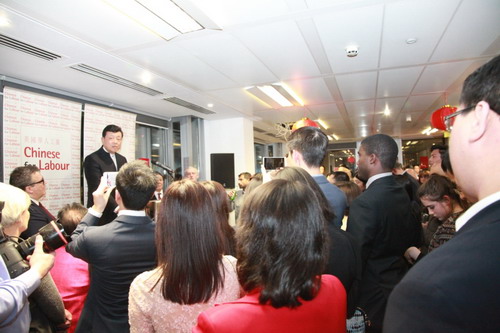