The referendum result was close but clear: Britain is set to leave the European Union.

The Prime Minister has announced her intention to trigger Article 50 to start the negotiations over Brexit by the end of March 2017. Now the government must set out a clear plan for what happens next and tell the British people what terms they are seeking so we get the best result for Britain.

First and foremost, the TUC’s job is to stand up for working people whichever way they voted in the referendum. That’s why we are calling for a new deal for working people to be put at the heart of the government’s Brexit negotiation strategy. Most people agree that the balance of power in our country has swung too far against ordinary people. They see it in pay packets that are too small, too many jobs that are lousy and rights at work that simply haven’t kept pace with changes in the real world of work, and which Employment Tribunal fees make too expensive to enforce. 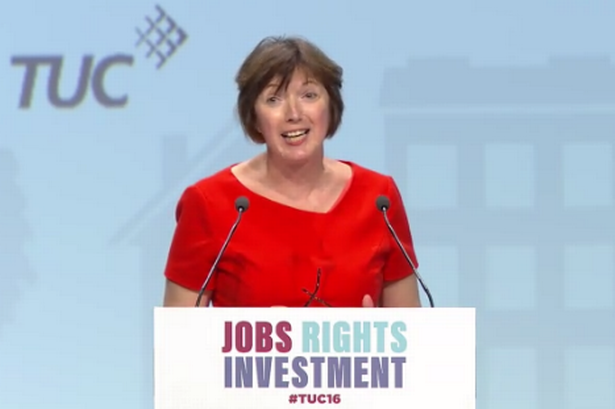 Nobody has a crystal ball to predict the outcome of negotiations and what the new relationship between Britain and the EU will be. The TUC understands that, by definition, any negotiation involves trade-offs and compromise, even while recognising fundamental principles. But we do know what a fair trade deal would look like. A good deal for British workers – and for working people across the rest of Europe - would deliver more skilled jobs, protect rights and strengthen people’s voice at work. In contrast, bad trade deals destroy jobs, weaken working people’s rights and put public services at risk of privatisation.

Nor does anyone expect a running commentary on negotiations. But the British people do have a right to know what kind of deal the government is seeking and the government should expect to be held to account. That’s why the TUC has consistently argued for transparency in trade deals and the negotiations with the EU are no exception. We want the government to give the nations, city mayors and unions, as well as business, seats at the Brexit negotiating table.

-        promote good jobs by maintaining the EU as our largest trading partner, exporting our goods to the EU tariff-free and without cumbersome rules of origin requirements and other non-tariff barriers, as well as providing services in other EU countries without restrictions;

-        protect workers’ rights by enforcing the highest regulatory standards in Europe, especially when it comes to employment, but also consumer and environmental protections; and

-        manage migration better by guaranteeing local people opportunities for better jobs and apprenticeships, closer to home, especially in towns and communities hit hard by previous recessions; cracking down on bad employers who use migrants to undercut wages; strengthening union voice; and easing pressure on housing, schools, hospitals and other public services by using tax gains to better fund them.

These objectives would, we believe, secure good jobs at good wages for working people in manufacturing and services, including in the supply chains that export industries depend on. That would also provide the taxes to sustain good quality public services including a major expansion of house building,

The government can also act now to improve the ability of the British economy to deliver decent jobs and wages across the country. The TUC has long argued that Britain needs an industrial strategy that combines investment in infrastructure; a plan to develop workforce skills, and the employee engagement needed to ensure that these skills are used effectively at work; smart procurement policy to ensure we are maximising the potential to increase jobs at home, and a clear strategy to take advantage of the opportunities for new technology to help meet our climate commitments.

But without meeting the objectives above around our relationship with the EU, we believe that the nation’s economic health and development would be seriously undermined.

This would be a unique British model for a relationship with the rest of the European Union – specifically tailored to the needs of the British economy and British people. At present, the only way that the TUC can see we could achieve the objectives set out above would be through continued membership of the single market, which we should still be seeking to improve even from outside the EU – not just for our own direct benefit, but also so that the rest of the EU remains a rich and growing market where we can export our goods and services.

Frances O’Grady is the TUC’s General Secretary. This is an extract of the TUC pamphlet ‘Brexit: A New Deal for Working People’